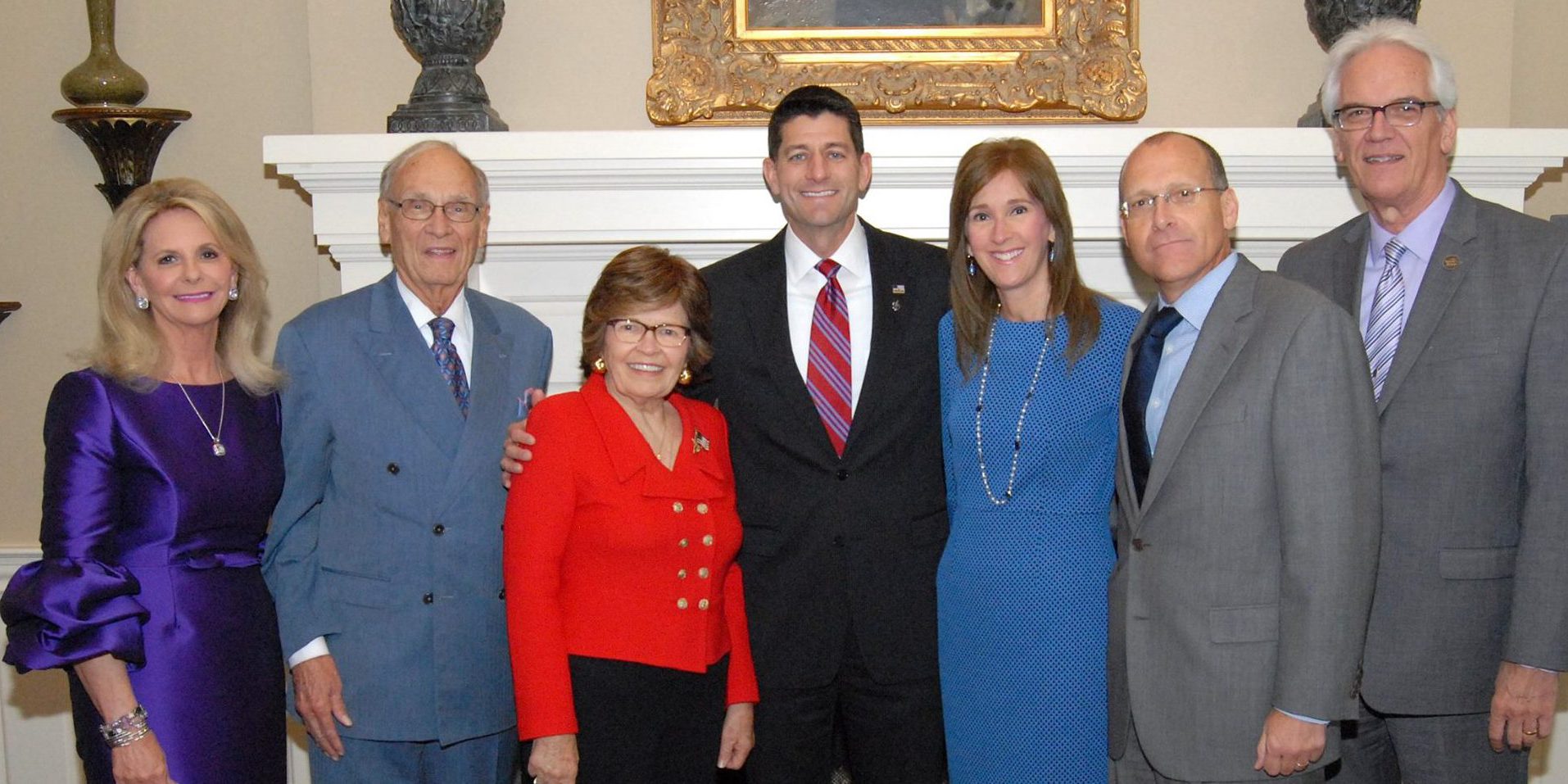 During a luncheon at Donamire Farm in Lexington, Kentucky, the Speaker of the U.S. House of Representatives Paul Ryan, met with the Forcht Group of Kentucky. The group, which consisted of Terry and Marion Forcht, Debbie Reynolds, Rodney and Laurie Shockley and Eddie Woodruff, were honored to get to know the former Republican Party nominee for Vice President and discuss important issues.

Ryan has represented Wisconsin’s 1st congressional district since 1999 when he was only 29 years old. In 2007, Ryan was the ranking Republican member in the House Budget Committee and in 2011, became the chairman. In 2015, Ryan replaced John Boehner as Speaker of the House, becoming the youngest person to serve in that position in 140 years.

The Speaker is also an avid Green Bay Packers fan, a deer hunter, a P90X fitness enthusiast and is married to his wife, Janna. They have three children together; Elizabeth, Samuel and Charles.