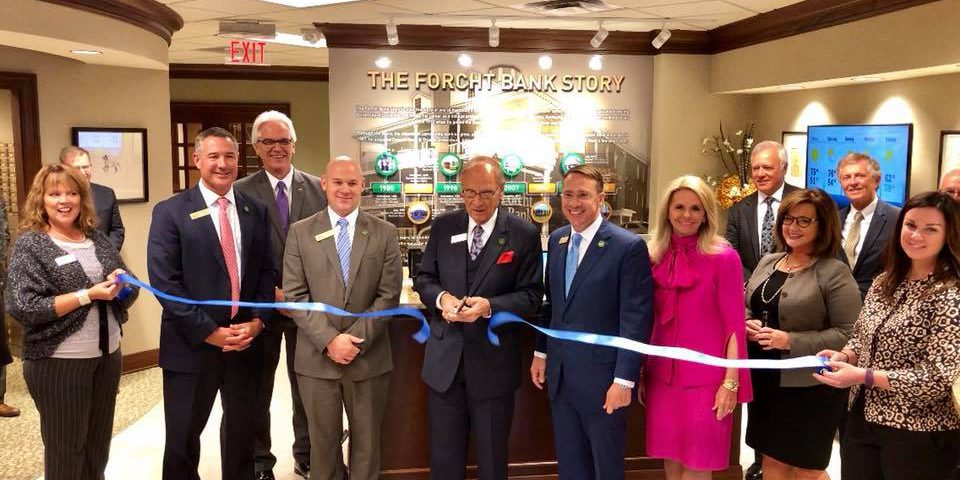 With shiny scissors in hand, Terry E. Forcht, Chairman & CEO of the Forcht Group of Kentucky, cut through the blue ribbon to celebrate the bank’s remodeling of the Hamburg branch lobby on Monday.  Filled with enthusiasm, bank employees participated in the ceremony, posing for photos, holding the ribbon and conversing around the big, beautiful wall that details the Forcht Bank story.

The wall starts with Terry Forcht’s involvement in banking in 1972 in Corbin, Kentucky to the founding of Forcht Bank in 1985 and hits the bullet points of every significant part of the bank’s history leading to modern day in 2017.

Forcht Bank looks forward to adding to the wall as it continues its role in being the most convenient bank in Lexington and its service to the community.