Corbin Business Professional of the Year 2019 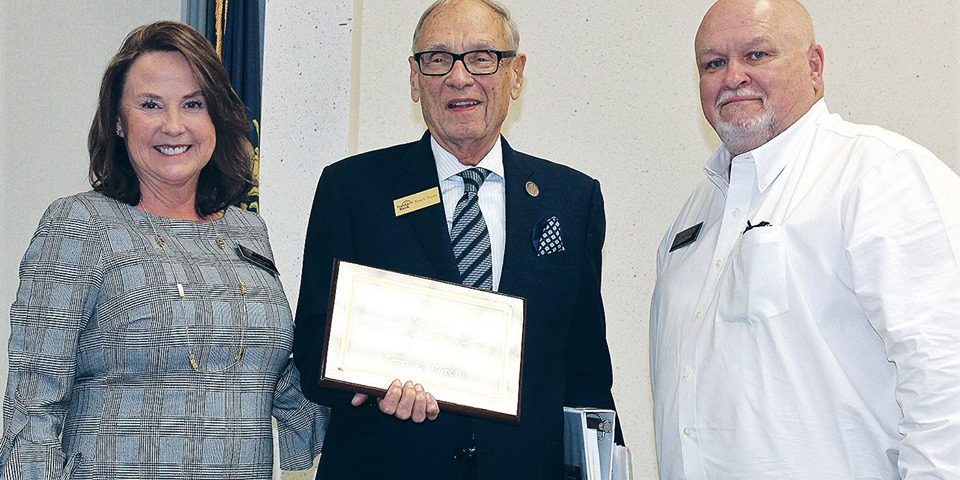 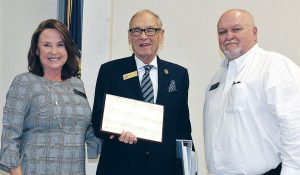 Forcht Group of Kentucky Founder, Chairman and CEO Terry E. Forcht has been named Corbin’s Business Professional of the Year at the City of Corbin’s annual Business Appreciation Luncheon.

He was the keynote speaker at the Oct 16 event at The Corbin Center, and was honored by the city as Corbin’s Business Professional of the Year.

“Never retire. Just don’t even think about it,” the 81-year-old executive told the crowd attending the luncheon, adding, “Get up out of that bed and go out and walk your dog or whatever you do early in the morning. This is the best thing you can do for your health. Keep moving. Keep occupied. Keep energized.”

Over 200 people attended the luncheon. It is held annually by the city of Corbin as a way to show appreciation to local businesses.

The award is the latest in a long line of recognitions and honors Forcht has received in recent years. In 2012, he was inducted into the Kentucky Entrepreneur Hall of Fame. He’s been named “Leader of the Year” by Leadership-Tri County — a non-profit organization focused on fostering leadership in southeastern Kentucky. He was also the second ever recipient of the Daniel Boone Visionary Award by the Mountain Laurel District of the Bluegrass Council of the Boy Scouts of America.